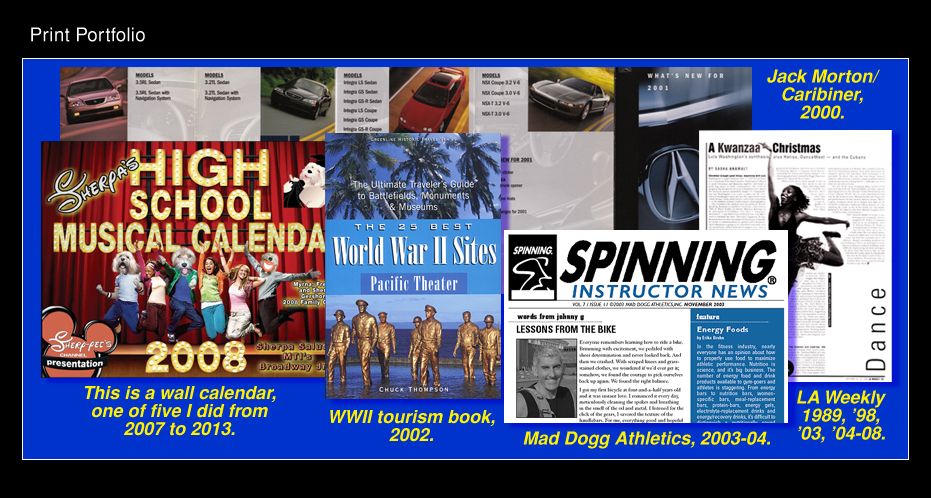 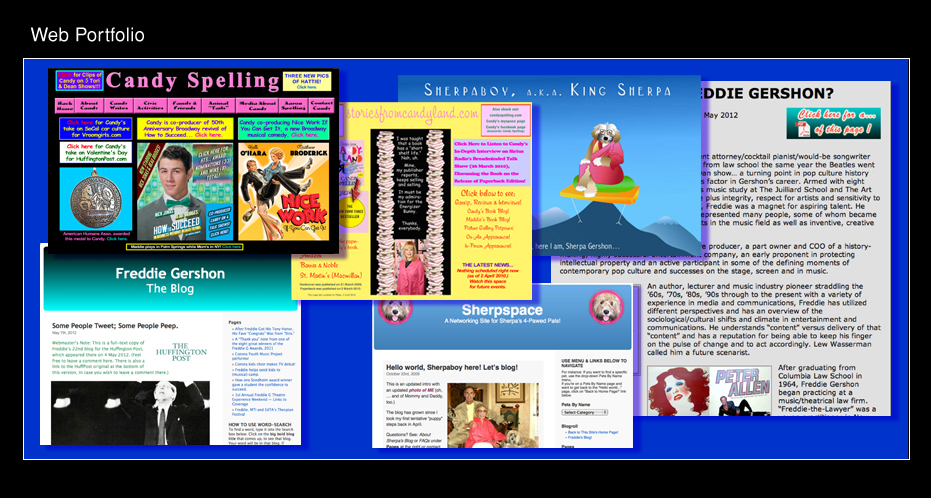 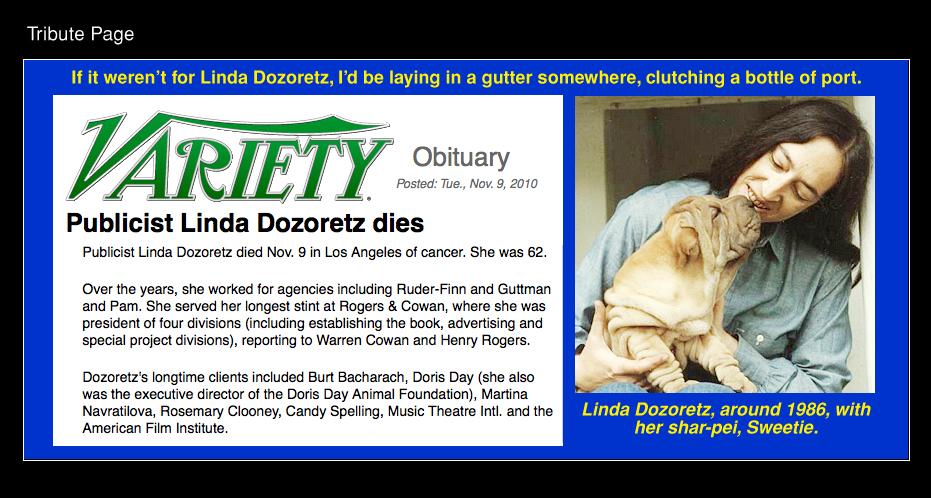 Samples of print and web work.

It's been a non-linear life.

I was a journalist for twenty years before I began doing print work on Macs in 1991 and websites in 2004. From 2005 and 2012 I had two main clients: Freddie Gershon, a prominent New York entertainment lawyer (see: Who Is Freddie Gershon? ); and, beginning in 2007, Candy Spelling, widow of TV's legendary mega-producer, Aaron Spelling, and mother of TV reality star, Tori Spelling. (Mrs. Spelling has become an influential entertainment figure in her own right.)

Freddie wanted a showcase site for his beloved Tibetan Terrier, Sherpaboy. Mrs. Spelling wanted a website to chronicle her business, social and philanthropic activities. I eventually did three more sites for Freddie and one more for Candy, along with numerous print projects for both. I freelanced for Mrs. Spelling from early 2007 to late 2012. I still work for Freddie, mostly maintaining the four sites I built for him.

I did almost all my website work in Flash, using Actionscripts 2. Flash is no longer supported on many mobile devices, so I've been retooling my skill set. This site was done in HTML5, CSS3, and Javascript and is "responsive" to the screen size it is being viewed on.